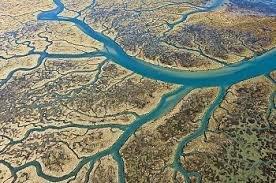 The lymphatic system is still the most over looked system in the body.  It has historically been ignored because it could not be easily studied.

As such, the anatomy of the lymphatic system is not discussed in detail in medical training of health professionals including Physicians.

The pathways are so delicate at the skin’s surface that scientists and researchers missed this anatomy component for many many years.

In the 1900’s Winnewater discovered that fluids moved toward the heart and could be influenced by mechanical force.

In the 1930 and onward Emil Vodder of Austria further honed the treatment of the lymphatic system by observing how it could influence ear nose and throat congestion.  And moved in to treatment techniques for the whole body.

Courses for Lymphatic drainage massage were brought to North America in the 70’s, however,

further study and acceptance in North America has been brought forth primarily because of mastectomy treatment of breast cancer.  This brought a clear need to support viable lymphedema treatments.  And helped bring lymphatic drainage massage to the forefront as a real option for treatment.  This push in North America is only two decades old.

With the increased attention that manual lymphatic drainage and combined decongestive therapy have brought to clinicians and researchers.  Other benefits have been discovered as well.

Please click here if you are interested in reading more about the benefits of lymphatic drainage massage.

Our Team
Frequently Asked Questions
What is Physiotherapy
​​